Jose Mourinho Does Not Rule out Michael Carrick for the Campaign

Jose Mourinho claims that Manchester United midfielder Michael Carrick still has a role to play at the club, despite not featuring prominently this season. 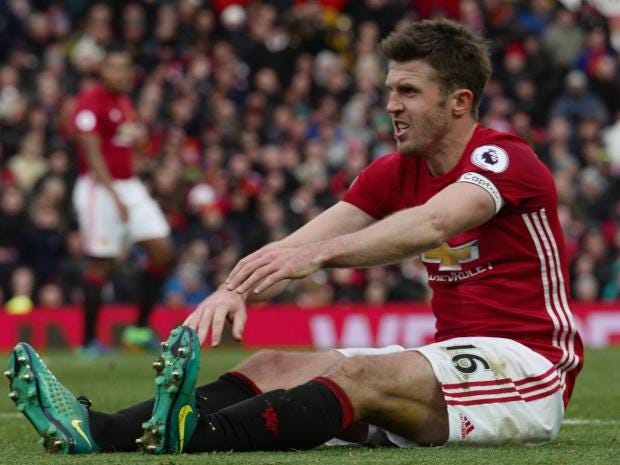 The former Tottenham star was named as the club’s captain after the departure of Wayne Rooney at the start of the season. However, he has not been able to enjoy even a single minute of action since being given this role. Even though he has made it to the bench on a few occasions, Carrick has never been utilised by the manager. However, this could change in the midweek action when Manchester United take on Burton Albion in the League Cup.

Speaking ahead of the game, Mourinho has dismissed suggestions that Carrick is no longer part of the regular first-team setup at the club. The Portuguese manager says that the experience and the quality provided by the 36-year-old will be vital, as he prepares for his first competitive match of the season.

The 36-year-old has been one of the best players for Manchester United and has won every major honour – including the Champions League. “(Sergio) Romero played the Europa League final, which was the game of the season for us and he is not playing.Ander Herrera was player of the season and is not starting matches.That's life in big clubs. We gave him a contract because we think he is a good player, an important player, he is just in a team where I think in this moment (Nemanja) Matic and (Marouane) Fellaini are in the best form that I have ever seen them,” said Mourinho.